Paul Gullett, owner and managing director of Wave International and Aycliffe Filtration, has been appointed the new president of British Marine, the trade association for the UK leisure, superyacht and small commercial marine industry.

Paul takes over from Ian Cooke who has served in the position since 2020, helping steer the association through the turbulence of the Covid-19 pandemic.

Incoming president Gullett’s first role in the marine industry was as a boat builder with Cougar Marine, after which, he went to work overseas for a major oilfield company, working all over the world.

His expertise in the oil sector led him into setting up a business developing new technologies with industry partners including BP, Amoco and Shell. A notable success of one these projects was the development of oil removal filtration media, resulting in Paul creating Wave International in 1999 and returning to working full time within the environmental protection sector of the marine industry.

In 2009 Paul’s entrepreneurial skills and passion for the marine industry saw him start up a filter manufacturing company designing and manufacturing Wave International products.

Wave International has been a British Marine member since 2000 and Paul has participated on various committees and working groups, notably as a past Chair of British Marine Midlands and then on the Main Board since 2016.

Commenting on his appointment Paul said: “I am very much looking forward to my tenure as President at British Marine, working in particular, with CEO Lesley Robinson, Chair Matthew Beckwith and President Elect Robert Parton and the dedicated team at British Marine supporting the marine industry. I look forward to meeting as many British Marine members, associations and committees as possible over the coming months.”

Alongside Paul, Robert Parton, managing director of Aqueduct Marina has been voted in by council as British Marine’s President Elect. On his appointment Robert said: “I became part of the Marine sector in 2009 when we opened Aqueduct Marina an inland waterways marina in Cheshire, since then I have gradually become more active within British Marine and its associations.

“During this time, I have found the central team a huge support and benefit, to me and the business, while also finding the wider Membership network a great source of experience and social engagement, making many friends along the way. To be the President Elect was never the plan, but I hope I can help lead British Marine forward, representing the membership and supporting the Executive team, Paul Gullett and Matt Beckwith in a calmer post Covid period.” 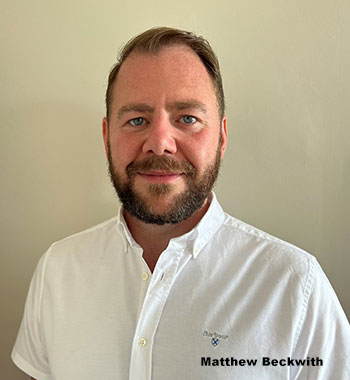 While Matthew Beckwith takes on the role of the newly created Chair of the British Marine Board.

With a successful career, spanning over 20 years, Matthew brings a wealth of experience in leadership skills to drive growth, managing mergers and acquisitions, steering start-up businesses and exit strategies for companies, particularly within the Marine and Tourism sector.

Other roles Matthew currently holds are Director of Ticknovate, CEO of Gillingham Marina Holdings Ltd and Chair of the National Passenger Boat Association.

Commenting on his new role Matthew said: “It is a great honour to take on this role as Chair. I am looking forward to guiding and supporting the Board and Executives and to help unlock new opportunities for our members and commercially for the British Marine organisation.”

All the new appointments have been welcomed by British Marine CEO, Lesley Robinson who commented: “Firstly I would like to take this opportunity to thank Ian for his commitment to British Marine during his time as our President and his enthusiasm in undertaking all his British Marine duties during the unprecedent times we all faced during the pandemic. The successes he has helped to achieve will help drive the industry forward.

“I am delighted to welcome Paul as the new President, Robert as President Elect and Matthew as our new Chair of the board and I look forward to working with them all to continue to raise the profile of the British marine industry both at home and overseas.”