Gunwharf Quays is partnering with The British Street Food Awards to host the Southern heats of the competition at the South Coast’s biggest outlet shopping destination.

The event will bring together the region’s best street food vendors on The Plaza at Gunwharf Quays. Over 13 traders will sell their unique food to guests over the long weekend, battling to win the public vote, ahead of the winner being announced at the end of the four days.

The winner at the end of the heat will then compete at the UK finals, with a view to representing the UK at the grand finale of the European Street Food Awards in Munich.

Finalists of the Southern heat include the extraordinary Brazilian barbecue of Carne no Carvao, and the rainbow arepa pioneers, La Pepia! New vendors for this year include the Filipino fusion of Humble Kusina and the vegan pizza from Stones Throw Kitchen as well as local entrants, Earth To Oven, hailing from East Hampshire. 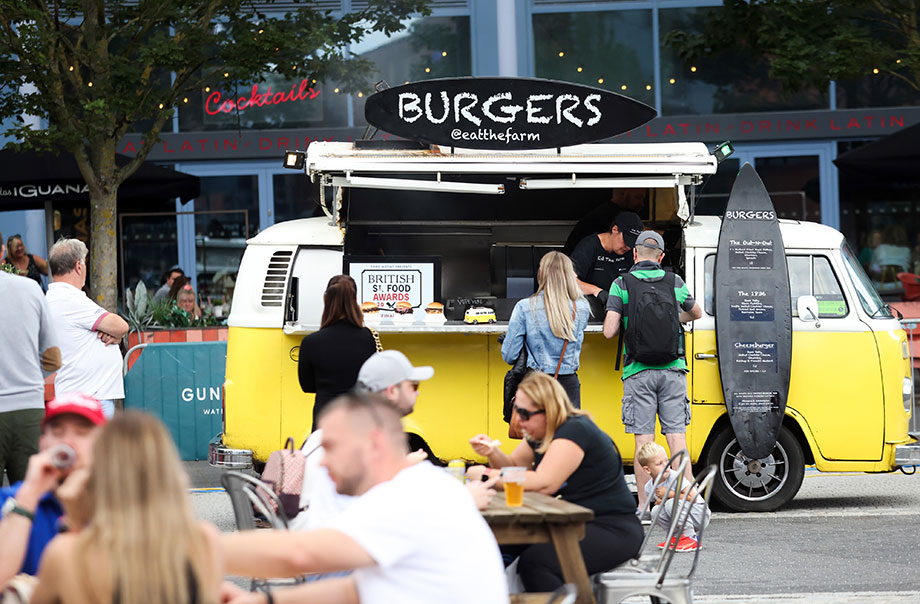 After casting their votes via a ballot box at Gunwharf Quays, guests can enjoy shopping at over 90 stores, visit the 14-screen multiplex cinema, bowling alley, art gallery or miniport at the outlet. What’s more, guests will be invited to enjoy a cocktail or local beer from the seagull bar, provided by Southsea’s own Coastguard Studio.

The British Street Food Awards were formed in 2009, as a way for up-and-coming street food traders to showcase their mouth-watering skills while celebrating the street food movement. They’re part of the largest food competition in the world, now including 16 European countries and the USA and have played a big part in making street food accessible to everyone. This year’s head judge will be Jonathan Marsden-Jones, former Head Chef of the Michelin-starred ‘The Black Rat’ in Hampshire.

Yvonne Clay, Centre Director at Gunwharf Quays, said “We are delighted to once again be hosting the British Street Food Awards at Gunwharf Quays. It feels wonderful to be able to come together to celebrate the region’s talent with such a unique and exciting event over the bank holiday weekend! We can’t wait to try all the delicious dishes that will be on offer and find out which Southern vendor is crowned the winner.”

Richard Johnson, founder of the British Street Food Awards, added: “We are very excited to return to Gunwharf Quays this year and showcase the region’s best street food traders for four days! We can’t wait to see the innovation that the up-and-coming talent will bring to this year’s awards, and we are especially looking forward to seeing each vendor’s Jubilee inspired dish.”