MDL Marinas has announced the appointment of four new marina managers, two of whom have been promoted internally.

As a company, MDL is committed to encouraging and enabling career progress and is keen to make internal promotions, retaining valuable staff knowledge and experience. David Walters has been promoted to manage Saxon Wharf Marina with Paul Atkins also being promoted to Marina Manager at Ocean Village.

Two new external recruitments are Richard Godwin, who has been appointed as Marina Manager at Hythe, and Dominic Brown as the new Manager at Mercury.

David Walters, the new manager at Saxon Wharf, originally joined the team at Hamble Point Marina in 1989 as an Assistant Dockmaster, shortly before the site was bought by Marina Developments Ltd.  Since then, David has been promoted into various roles throughout MDL’s sites, gaining a wealth of experience in marina management and customer service, which he is excited to bring to his new role at Saxon Wharf.

Before joining the MDL team in 2005, Paul Atkins spent 24 years in the Army Logistics Corp, serving in the Falklands, Bosnia and Kosovo and reaching the rank of Warrant Officer Class 1.  Paul’s first role with MDL was as a lockkeeper at Hythe Marina Village.  He was promoted the following year to Supervisor at Ocean Village Marina, and then to Assistant Manager shortly afterwards.  Paul has considerable experience in logistics and marina management and is delighted to take on the new promotion to Marina Manager at Ocean Village.

Hythe Marina Village’s new Marina Manager, Richard Godwin, joins MDL from TUI (Marella) following a 25-year career with P&O Cruises, culminating as Hotel Operations Manager for the fleet.  Richard has extensive hotel management experience, which will prove invaluable in his new role at Hythe. “Managing a Marina Village has many synergies with my previous roles” says Richard.  “MDL, as the leading marina operator, was a natural choice for me, and I look forward to ensuring Hythe Marina Village remains a marina of choice.”

Dominic Brown, the new Manager at Mercury Yacht Harbour and Holiday Park, brings with him many years’ customer service and operational experience, having previously worked for Mitchell & Butler as their General Manager. Dominic is passionate about providing a high-level experience to his clients.  “I enjoy working in a fast-paced environment with daily challenges and interaction with people” Dominic explains.  “I’m looking forward to utilising my skill set in an exciting, prestigious company.”

Kerry Marriott, Head of Operations at MDL says “These internal promotions are very well deserved and underpin MDL’s commitment to encourage staff progression. Alongside this we have two new managers joining us.  I congratulate them all and I look forward to working with them in their new roles as we see these sites go from strength to strength under their leadership.” 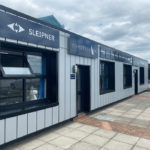 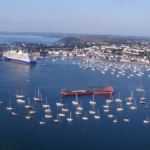 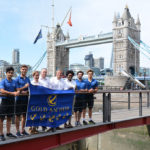 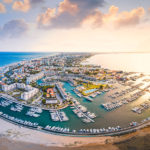 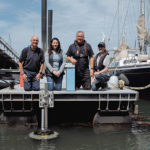 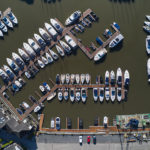