The SSL Gold Cup is designed to crown the best sailing nation. The world’s top 56 countries, selected on their SSL Nation ranking, will battle their way through to raise the Sailing World Cup trophy.

The SSL Gold Cup 2022 started on 19 May with the Qualifying Series in Grandson, Lake Neuchatel (Switzerland). All teams ranked from Top 25 to 56 in the SSL Nations Ranking meet in eight groups of four teams each. There will be five rounds, until 17 July.

The top two teams of each group will go through to the Final Series which will take place from 28 October to 20 November in Bahrain. 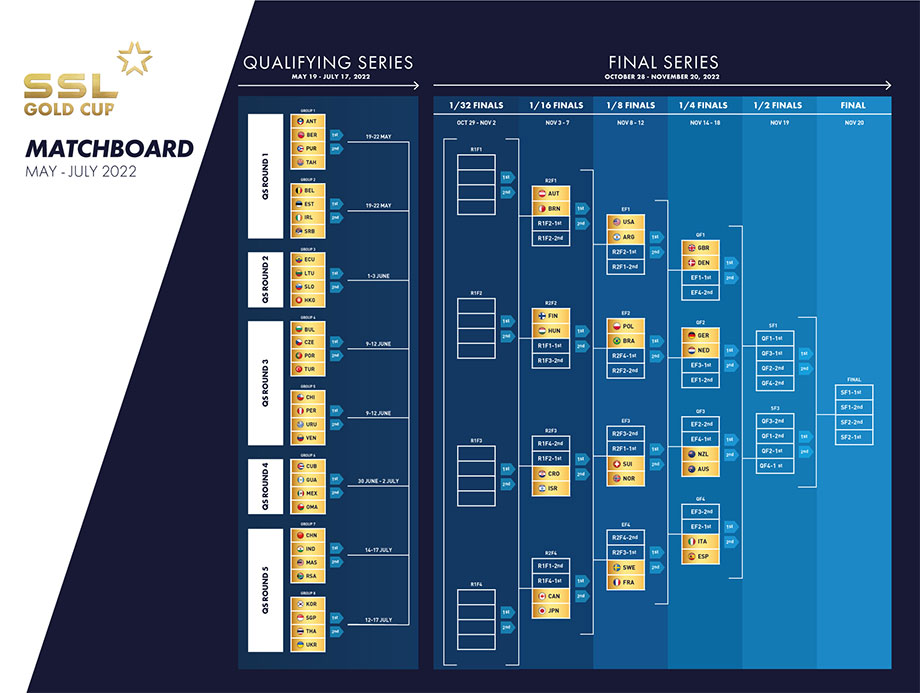