Celtic rock band Skerryvore, Aberdeen FC legend Eoin Jess and the cast and crew of Peaky Blinders are among the high-profile names getting behind Ahoy Portsoy, the online version of the Scottish Traditional Boat Festival which goes live later this month.

The star-studded line is helping the festival switch to a digital format supported by EventScotland as part of the Year of Coasts and Waters 20/21 celebrating the area’s close connection with the sea.

Stories behind some of Scotland’s most remarkable traditional boats make it onto the bill, alongside exclusive food and drink, crafts, music, dance and community offerings. The festival can be viewed for free on 26 and 27 June by anyone who registers to receive the link here: stbfportsoy.org

Skerryvore, who were due to perform as headline act at this year’s festival, have created an exclusive set. It is a taster of what audiences can expect when the band return to the festival on 17 June, 2022. Skerryvore support artist Fife singer-songwriter Cody Freechan also provides musical input.

Scots trad star Iona Fyfe, a regular performer at Portsoy, makes a welcome appearance in the line-up. The youngest ever winner of Scots Singer of the Year at the MG ALBA Scots Trad Music Awards, Iona recently performed in the final of the BBC Radio Scotland Young Traditional Musician of the Year final 2021.

One of the area’s most famous sons, footballing legend Eoin Jess, the so-called Pele of Portsoy, shares a special message recorded at his home in Spain.

Cast and crew of the hit TV period crime drama Peaky Blinders – including stars Cillian Murphy and Finn Cole – spent a week filming scene in Portsoy for the final series earlier this year. While the Peaky Blinders team haven’t been able to supply a festival film clip, they have sent their good wishes to organisers.

Scotland’s historic fishing fleet is well represented. There’s latest news from the Shetland-based fishing sailboat Swan, Fraserburgh-registered drifter Reaper, which resides at the Scottish Fisheries Museum in Anstruther in Fife and Wick-based drifter The Isabella Fortuna. There’s a rare invite on board The Comet, moored at Macduff, to learn how Billy Milne and his son Ellis (14) are playing a vital part in the preservation of the nation’s nautical heritage. Take a behind-the-scenes look at Portsoy’s own boat building centre and hear chat about fishermen’s ganzies with the Bothy Knitters.

Portsoy taps into the latest viral craze the Sea Shanty with its very own version, and the town’s ice cream shop owner Alex Murray gives the inside scoop on which flavour comes out top from his vast ice cream cabinet selection which has in the past featured a Fisherman’s Friend variety.

As Portsoy was the main filming location for the 2017 remake of the classic movie Whisky Galore, expect a measure of Scotland’s national drink too.

TikTok sensation The Hebridean Baker Coinneach MacLeod is among the cookery demonstrators. Coming from a fishing background, he cooks up a storm with his smoked haddock fishcakes with Hamlyns oat crumb.

There’s fancy ropework and tricks from Scotland’s award-winning Skip 2 The Beat, a tour of Little Rowater, the family farm that features in the BBC’s This Farming Life, and much more.

David Urquhart, chairman of the Scottish Traditional Boat Festival said: “Ahoy Portsoy is a real celebration of what makes our coastal community unique. Through interviews, demonstrations, displays and chat we’ll show viewers how Portsoy and its famed boat festival really packs a punch.

“We’ve got an incredible coast, stunning locations, remarkable people, and we’ll hear some wonderful stories as we celebrate our town and its nautical past and present. Packaged together it shows just why Portsoy is such an incredible place and gives a flavour of what’s to come next year when we look forward to welcoming people back.

“So please join us online for our first ever virtual festival – and then come and join us to savour the Portsoy experience for real in 2022.”

The shift to a digital festival came in response to the organising committee’s uncertainty as to whether they would be able to deliver a physical event due to the pandemic with public safety and protecting the local community utmost in their minds.

This virtual event will go live over the weekend 26 – 27 June, when audiences at home and abroad can join the celebration of Scotland’s hugely varied coastline which both visitors and locals can enjoy.

The two-day boat festival began back in 1993, initially as a one-off event to mark the 300th anniversary of the historic Portsoy harbour. Since then, it has become a mainstay of the Scottish events calendar, regularly attracting around 16000 visitors a year.

2020 was a challenging year for Portsoy Community Enterprise. In addition to cancelling the boat festival, its Salmon Bothy Museum which annually attracts 3,000 visitors remained closed. Popular cultural festivals normally held in the Bothy’s upstairs meeting space were also called off due to restrictions. Its Sail Loft 25 self-catering accommodation and Portsoy Links Caravan Park shut down for part of the season.

Find out more about the Scottish Traditional Boat Festival on social media @STBFPortsoy or at https://www.stbfportsoy.org/ #ahoyportsoy 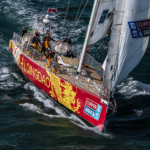 After over 40,000nm sailed, six oceans crossings and eight legs… 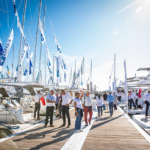 From holidays to books, charts to courses; all types of… 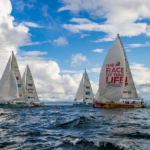 Final race of the Clipper 2019-20 Race is complete 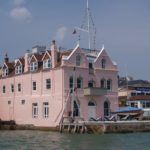 Cowes Week is one of the longest running and most… 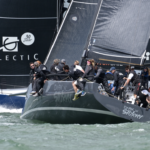 Cowes Week beckons (30 July – 05 August) and the entire…
We use cookies on our website to give you the most relevant experience by remembering your preferences and repeat visits. By clicking “Accept”, you consent to the use of ALL the cookies.
Cookie settingsACCEPT
Manage consent